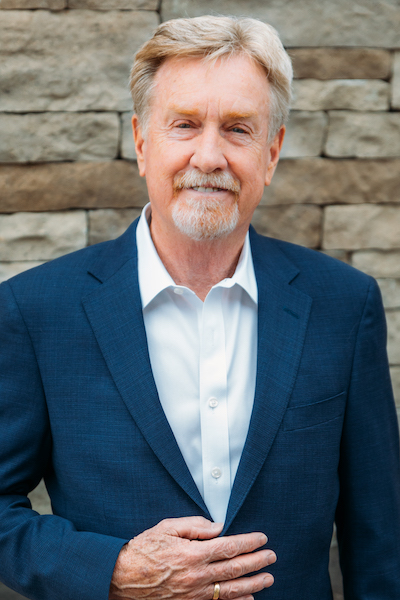 Early in my life it was clear that my preference in life was to be outside, to explore and to experience all that was around me. The early stories always include me getting into my father’s tools and using them (however inappropriately) in new and crazy ways. It was my good fortune that I  lived in the very first house of a brand new neighborhood. It seemed that with each new day came another new house and another new friend. By the time I could pull a wagon I had noticed that often wood was culled out and thrown aside, usually full of bent nails and oddly long diagonal cuts. To me I could see the good wood just being wasted, so I used my Dad’s few remaining tools and pulled those bent nails out, straightened out the nails, drew lines to make straight cuts and hand sawed myself some good boards. Those boards became dog houses, bike ramps, tree houses, ax targets and garage shelving (finally my Dad’s garage was now organized). And that’s when I began to get rewarded for working hard and building. I got in trouble for lots of other things, but when I built, I received accolades.

Being in the neighborhood and seeing how things went, it didn’t take long before I noticed the guy in the big Cadillac would come by and people would stop and talk to him. Everyone knew him. Everyone respected him. He was handsome and dressed nicely. He was smart and had all the answers. People were drawn to this man. I was drawn to him. I wanted to be like him. I wanted to be him. As time went on I found that he was “the builder”. I too, would someday be a builder.

But first, as many people like myself found out, that experiential learning is often hard knock learning, often slow learning, often comes with various forms of punishment. Some for doing it wrong, but mostly for not doing what you were assigned to do, but wandering in to something more interesting. Say, I wonder how they built that run down barn? How can we get through the protective fencing, How does this roof not leak, Oh I see it’s these tapered boards nailed closely together. I’ll take a few for that dog house I’m building. Why do they not want me down here, this is such a cool place, I can crawl really high and see every piece of wood that they put here and how it worked. Apparently, safety for my kid brother was somehow a thing and I was driven home by the owner, more than once to a strong paddling. One for disobeying the rules, once for taking that kid brother. But they didn’t know I learned a lot about how wood goes together.

When we left that neighborhood, we left a lot of treehouses and no dog would sleep without a nice house, but I took with me a love for putting things together, gathering work crews and formulating the next building plan. I was a builder. No one really noticed it, but it was now in my blood and in my heart.

Over the years, as I began to get small jobs to pay for those nice clothes like that builder wore, I took on jobs that were always construction related. We dug holes and poured set big posts in the ground and then hand mixed concrete with buckets of water we hauled with us. We nailed up these brand new boards with fresh and straight nails, then we painted these huge configurations into signs. This was just my thing, building stuff and climbing high, never afraid, never doubting my abilities.

I worked as a linesman, a lumber stocker, insulator installer, roofer, gutter hanger, siding installer, and forklift driver and as I got older tried to join the carpenter’s union to build big stuff, but ended in the office keeping track of who was doing what and making sure everyone had the correct plans. Once again the main guy, calling the shots, yeah that’s who I wanted to be.

Fast forward thru the painful part, a young marriage, a couple of kids, responsibilities, too many bills, a young wife who didn’t recognize the dream of where we were going. I tried to start my own business it failed, the marriage failed, my Dad died and my dreams began to fade.

So, I went to work where I enjoyed being. The church the youth group the trips, the job of playing with the kids and trying to teach them a thing or two about being good people. Side note, they don’t pay you very much for that type of work.

Now in my mid-thirties, bewildered and disillusioned I meet this beautiful young woman and she has this beautiful young daughter. The daughter and I hit it off big. The Mom and I hit it off big. They saw stuff in me that I had forgotten about. This could work! It did work, all but the part about not making much money. My new wife says to me one night after the kids were all down. If you could do anything in the world, if money was no object “What would you do?” An even though it had a been a while I remembered the dream, I would build houses! If that’s your dream, then you should go do it! She handed me back my dream, but this time I was ready.

So in 1987 I walked onto a new building site (with penny loafers and preppy shirt) and applied for the job of carpenter. Somehow they didn’t believe me, but I did get the job of “carpenter’s helper”. I was in! It was more than a job it was a path to a dream and I worked that path hard. I learned everything about how to build a house. One of the builder’s noticed me and offered me a job to run his jobs and that turned into a junior partnership. I saw how the internal workings of making it all happen. Apparently, you gotta have a banker behind you and a salesman to sell you and someone to keep track of all the money in and money out. It was an amazing time, I couldn’t get enough of it. However, things happen and choices are made beyond one’s control. It was time to head down the road again. But this time, I know a little something.

Brian D. Wiggs Homes, Inc. was founded by that young woman and the young man who dreamed of being a builder. Those kids from the early days all joined in the dream and have all cut their teeth on homebuilding. My son works with me side by side everyday along with my son in law. My daughters have both worked for the company and both are now having great success in building related fields.

For me that’s the story, but I’ll tell you a little about Brian D Wiggs Homes, Inc.. We founded our company on the principles of Knowledge, Experience and Integrity. These are values I have maintained and am very proud to have fostered in my children. Integrity is the one that is most rare and that often gets in the way of the easier path, but it is the one most true. I can tell you about plenty of mistakes along the way, but it’s never been a mistake to say what I mean and do what I say. People know they can count on my words, every time in every way.

I wanted to make my new company different and better, a line I borrowed from the Andersen Window original founder. Make your product better. Make it different and people will appreciate it more. It has become clear over the years that what makes us different are those first (3) values. Being a builder is a fairly low threshold in this world. If you can get a bank or partner to loan you some money and you have a truck, well you’re now a builder. Well, not necessarily a good builder, not one with Knowledge and Experience and certainly not one with Integrity. I am proud that I have all 3 values and they show in everything I do. Quick side note, that young wife that encouraged me to follow my dream is also the one who helped me learn how important it is to do what you say, to pay attention to my words and back them up. As my promise to do that very thing, I literally sig every house. Each home comes with a corner plaque with my signature as a promise of my words, my work and the success of another piece of the dream I’m living every day.